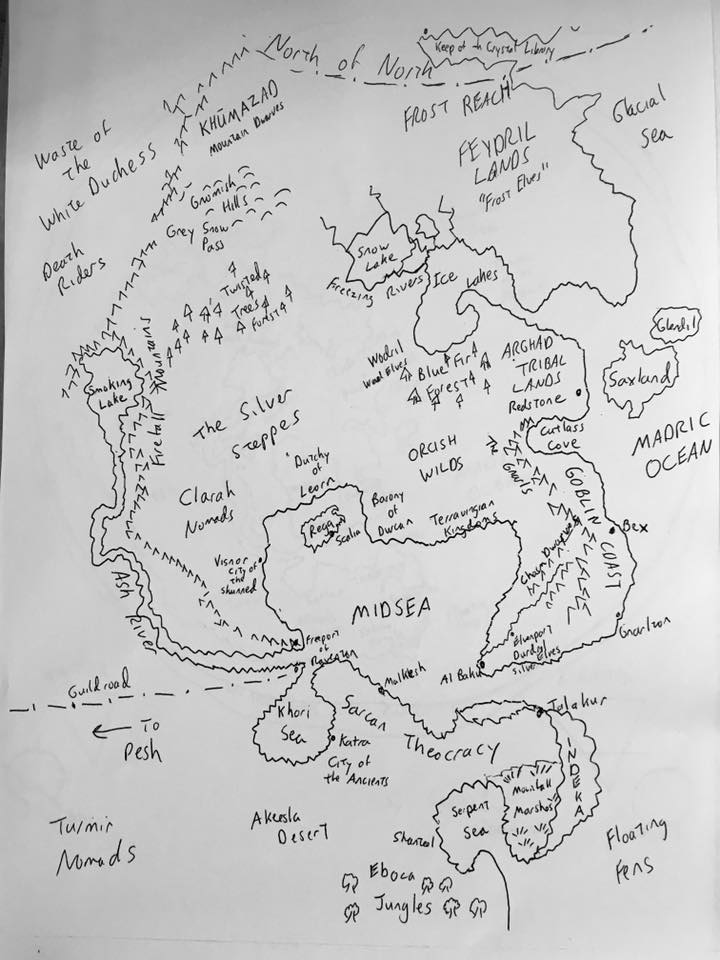 All of Midsea is at war. Your characters have traveled here from another world either through the plane-travelling gnome Cedric or the Twilight Tavern Being off-worlders you can enter certain arcane places cursed to those born here. Places that hold magical artifacts that can bring protection and peace to the besieged populaces. The haunted halls under the city of Al Baku and the Toppled Temple in Elvenport’s river are two such places.

Your characters have saved Al Baku, Elvenport, and Bex-City of the Magic towers by defeating the Meddler and making peace with the Hegemon. You also stopped the White Duchess from invading Midsea but now the Firefall Mountains are beginning to erupt again and an army of golden skinned creatures is marching toward the Freeport of Raventon.

Can your characters survive in the war torn world of Midsea? Can they bring some sort of peace to its people? It is up to you.

My name is James I met 4 of your team at Victory Comics (Fairfax) on Tuesday March 6th, your DM invited me out to a game on March 27th told me to roll a 11th lvl char and I wanted to get more details on what yall needed.

Feel free to hit me up here or on mendelson007@aol.com
Thank you!

I’m trying but can’t get it to work. Will try again today.

Hey add me as a player.

I'm sorry, but we no longer support this web browser. Please upgrade your browser or install Chrome or Firefox to enjoy the full functionality of this site.